Summer Adventure (also known as Steam Summer Sale 2014) was a sale of video games with big discounts on Steam in 2014, which lasted from June 19th until 30th.

The sale features a unique selling method where people are assigned to a random team (red, blue, purple, green or pink) and they have to craft badges in order to get the points for their teams. Every day, team with the most points win and 30 members of that team can get 3 games from their wishlist. 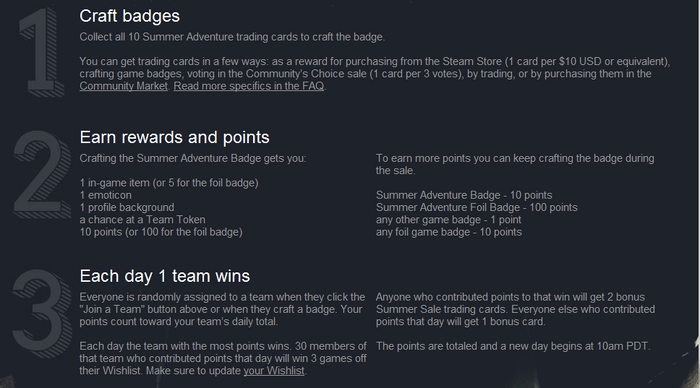 On June 29, it was announced the Red team is victorious. 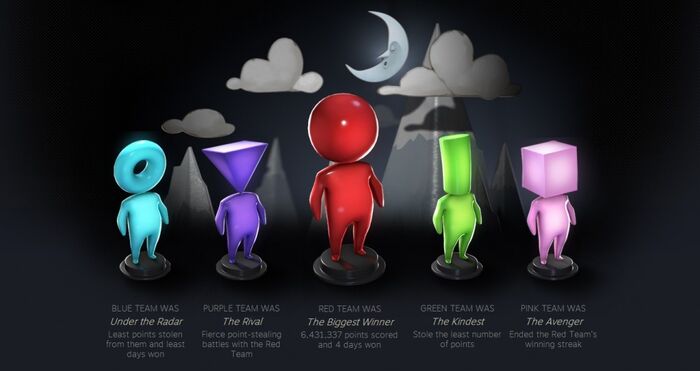 Retrieved from "https://dlr.fandom.com/wiki/Summer_Adventure?oldid=6437"
Community content is available under CC-BY-SA unless otherwise noted.