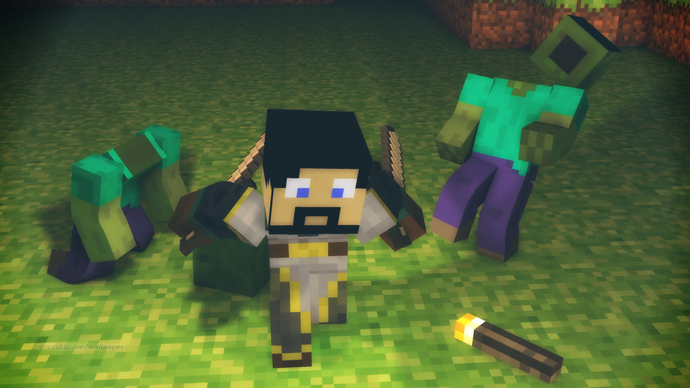 Wrath of the Giants

Wrath of the Giants or WOTG would be an episodic movie series led by LnDProductions. The series would be full role-play, no first person let's plays or anything like that, it is nothing like Tekkit or Voltz. The series was never started.

Giants, they have been asleep for many years now. Their time has come to be awaken in the new world. One hero from a little town Propindell was given a task to find the King's missing men, while searching for them, the hero triggers something in a temple of the old Giants that wakes the Giants all around the Minecraftia World. Only he can stop them, but will he?

The fresh wind blows, the sun shines, the town Propindell have never looked lovelier before. Everyone do whatever they are supposed to do, but they all know that long ago, their hero Brennus Emerson had done a lot of things that he is not proud of to protect the town. While being retired, he is once again called out by the King of Propindell on a new task. A task to find King's missing men.

Retrieved from "https://dlr.fandom.com/wiki/Wrath_of_the_Giants?oldid=7863"
Community content is available under CC-BY-SA unless otherwise noted.